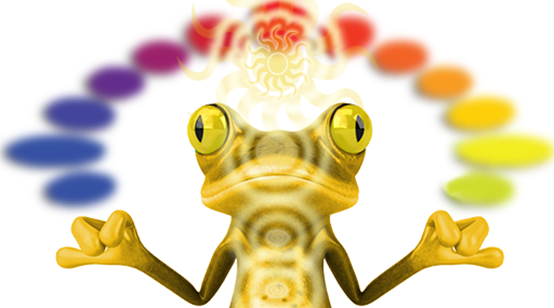 LONGEVITY, HEALTH, HIGH ENERGY. Research, Analysis, Interviews, Blogs, Videos, Podcasts and Recommendations. To quote the poet Robert Browning: "Grow old with me, the best is yet to be."

Breath is life, as we all know. But breath through you nose makes for a better life, as explained in our Page on Breath and Balance. Humming at 130 hertz, or thereabouts, from time to time, or even hearing music like PrimaSounds with enhanced 130 hertz frequencies, can lead to an even better and healthier life. It is a great tool for any would be, or actual, Super Fit Seniors. Here is some of the best known Science behind this fairly recent discovery and the importance of a key molecule to our health, Nitric Oxide.

There is much more going on in your sinuses and nostrils than just filtering the air. Important chemicals are created by air flow through the paranasal sinuses, including the gas, Nitric Oxide (“NO”). These chemicals are inhaled directly into your respiratory system. This leads some medical doctors to refer to the sinus cavities as an ‘Aerocrine Organ’.

The physiological role of NO was discovered in 1998 and its discoverers were awarded the Nobel Prize for Medicine. Previously, it had been seen as merely an atmospheric pollutant, with no biological role, but was then shown to be a powerful vasodilator, produced by blood vessel endothelial cells, that relaxes the smooth muscle fibers of the vascular wall. In fact, its physiological role extends to many other cell and tissue functions, notably in the respiratory, nervous and immune systems as well.

The term ‘aerocrine’ illustrates the airborne transport of nitric oxide as a protective biological messenger in the human respiratory tract from the nasal passages to the respiratory alveoli. NO plays the role of a messenger between the upper and lower respiratory tracts, reducing pulmonary vascular resistance and facilitating alveolar oxygen transfer into the bloodstream. This has revolutionized the concept of nasal breathing controlling the entire pulmonary function and oxygen uptake in the lungs.

The Nitric Oxide created in your paranasal sinuses is critical to good health, especially blood flow and immune systems.

Recent unusual experiments with breath and sound have shown that the production of this life enhancing gas, Nitric Oxide (not to be confused with laughing gas, Nitrous Oxide), increases fifteen-fold by humming at or around 130 hertz. Humming at around 120 to 130 hertz has been tested multiple times and proven effective to increasing nitric oxide production. One company, Sinus Sonic, has even created an FDA approved sound device based on the published studies and their own research and clinical trails. They choose 128 hertz as the key frequency. I am inclined to agree due to its natural resonance properties and undertone values, ie – 2, 4, 8, 16, 32, 64, 128.

According to science journalist, James Nestor, who is the author of Breath: The New Science of a Lost Art (May 2020), Nitric Oxide (“NO”) has many amazing properties, including antibacterial and antiviral. NO produced in the sinuses travels throughout the body and blood stream. These small gas molecules have cleansing antiviral properties on the lungs. NO also helps control blood pressure regulation. It relaxes the blood vessels and, interestingly, also stimulates erections. Many different important bodily functions as shown by the chart above.

The base article that started this new line of research and treatment using humming is shown in full below.

ABSTRACT. The paranasal sinuses are air-filled bony cavities surrounding the nose. They communicate with the nose via the sinus ostia through which fluid and gases pass in both directions. A proper ventilation is crucial for sinus integrity and blockage of the ostia is a major risk factor for development of sinusitis.

In this thesis we have explored an entirely new approach to monitor sinus ventilation – the nasal humming test. We show in human studies in vivo and in a sinus/nasal model that the oscillating airflow generated during humming produce a dramatic increase in sinus ventilation. Interestingly, this increased gas exchange can be readily monitored on-line by simultaneously measuring the levels of the gas nitric oxide (NO) in nasally exhaled air. The sinuses constitute a major natural reservoir of NO and when gas-exchange increases during humming NO escapes rapidly into the nasal cavity thereby creating a highly reproducible peak in exhaled NO. When exploring the different factors that determine the humming peak in NO we found that sinus ostium size was the most important but the humming frequency also influenced the sinus NO release. In patients with severe nasal polyposis and completely blocked sinus ostia the humming peak in NO was abolished. Moreover, in patients with allergic rhinitis, absence of a NO peak was associated with endoscopic signs suggestive of ostial obstruction. In the last study we went on to study if an oscillating airflow could be used not only to wash a gas out from the sinuses but also to enhance passage of substances into the sinuses. Indeed, we found evidence of an increased intra-sinus drug deposition by adding a sounding airflow to an aerosol.

In conclusion, the ventilation of the paranasal sinuses increases greatly when a person is humming; a finding that could have both diagnostic and therapeutic implications. Measurements of nasal NO during humming may represent a test of sinus ostial function. In addition, aerosol in combination with a sounding airflow could possibly be useful to increase the delivery of drugs into the paranasal sinuses.

Role of Nitric Oxide in the Paranasal Sinuses- “Demystifying the AerocrineOrgan”

Abstract. The functions of paranasal sinuses have recently undergone a conceptual change in literature, with emerging clinical data highlighting the sinus cavity as an ‘Aerocrine Organ’. Nitric oxide (NO) is an important mediator and inflammatory marker in human upper airways. High concentration of Nitric oxide produced within the paranasal sinuses by the respiratory epithelium, has proved to be protective against infection or allergy induced airway inflammation. The term ‘aerocrine’ illustrates the airborne transport of nitric oxide as a protective biological messenger in the human respiratory tract from the nasal passages to the respiratory alveoli. NO plays the role of a messenger between the upper and lower respiratory tracts, reducing pulmonary vascular resistance and facilitating alveolar oxygen transfer into the bloodstream. This has revolutionized the concept of nasal breathing controlling the entire pulmonary function and oxygen uptake in the lungs.

This concept has found references in many of the breathing patterns described in ancient Indian yogic practices like the ‘Praanayama and Jal-Neethi’. Nitric oxide level in the paranasal sinuses, has been established today as a bio-marker of well being of the respiratory system and has found numerous clinical applications in the diagnosis and management of upper airway inflammation. Present day research is focused on prophylactic and therapeutic administration of NO in patients with chronic respiratory diseases.

Abstract. The use of nasal nitric oxide (nNO) in sinonasal disease has recently been advocated as a potential tool to explore upper inflammatory airway disease. However, it is currently hampered by some factors including the wide range of measurement methods, the presence of various confounding factors and the heterogeneity of the study population. The contribution of nasal airway and paranasal sinuses communicating with the nose through the ostia represents the main confounding factor. There is accumulating evidence that nasal humming (which is the production of a tone without opening the lips or forming words) during nNO measurement increases nNO levels due to a rapid gas exchange in the paranasal sinuses. The aim of this review is to discuss the basic concepts and clinical applications of nNO assessment during humming, which represents a simple and noninvasive method to approach sinonasal disease.

Rationale Nitric oxide (NO) is present at higher concentrations in the nasal cavity than in the lower airway, and at even higher concentrations within the paranasal sinuses proper. When the paranasal sinus ostia are patent, acoustic activity produced by vocalization with closed lips (humming) promotes mixing of sinus with nasal gases, producing a further increase in nasal NO. We wished to evaluate procedures for the documentation of the nasal NO response to humming.

Results Ten volunteers (seven males and three females, aged 21–58) with no history of respiratory allergies or sino-nasal disease were studied in a single session each. The parallel technique documented an increase in nasal NO during the humming manoeuvre in all subjects (mean ratio of humming-to-quiet NO, 4·2), whereas the series technique did so in eight of 10 subjects (mean ratio 2·1). Correcting for admixture from the lower airway, the ratio of humming-to-quiet NO was greater with the parallel than series sampling technique (P < 0·05).

Conclusions Documentation of the response of nasal NO to humming in subjects without sino-nasal disease was consistently achievable by parallel sampling using commercially available equipment. Specific operational procedures are proposed.

I’ll conclude this blog with our collection of the best videos on this subject now on YouTube.

More good videos are uploaded all of the time on this important subject.

Disclaimer. These videos are articles are not endorsements and we have no association with the presenters. Do your own due diligence. Of course, consult your doctor. We do not provide medical advice. If you do try these techniques out and want to share, we are interested. What happened? Any questions, observations? Send us an email or in the Comments below.

Subscibe for Notice of Posts

Ralph Losey: Blogger and “Would Be” Super Fit Senior 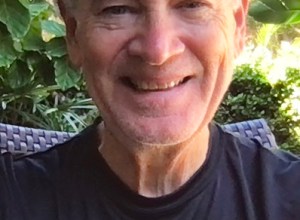 Ralph Losey is an Arbitrator, Special Master, Mediator of Computer Law Disputes and Attorney. He is a partner in LOSEY PLLC, a high tech law firm with three Loseys and a bunch of other cool, highly creative lawyers. The Losey law firm handles projects, deals, IP of all kinds all over the world, plus litigation all over the U.S.

Ralph has been involved with computers, software, legal hacking and the law since 1980. Ralph has the highest peer AV rating as a lawyer and was selected as a Best Lawyer in America in four categories: Commercial Litigation; E-Discovery and Information Management Law; Information Technology Law; and, Employment Law - Management.

Ralph has been involved in the creation of computer music since 1973 when he had access at Vanderbilt to a Moog synthesizer, and then later with midi and personal computers. He studied with Professor Arnold Keyserling in Vienna and the U.S.. Ralph used the unique pentatonic scale that Arnold invented to create a new type of meditation music he calls PrimaSounds. See PrimaSounds.com. Ralph is also a student and practitioner of longevity and various body-mind exercises to extend vitality, which he shares at SuperFitSeniors.com.

Ralph is the proud father of two children, Eva Losey Grossman, and Adam Losey, a lawyer with incredible cyber expertise (married to another cyber expert lawyer, Catherine Losey), and best of all, husband since 1973 to Molly Friedman Losey, a mental health counselor in Winter Park. 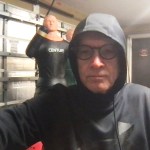 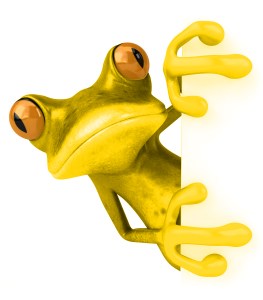